Thank you for visiting Rainbow Fire Kennel. Get to know more about our dogs and a little more about our breeding work and passion about American Staffordshire Terriers. 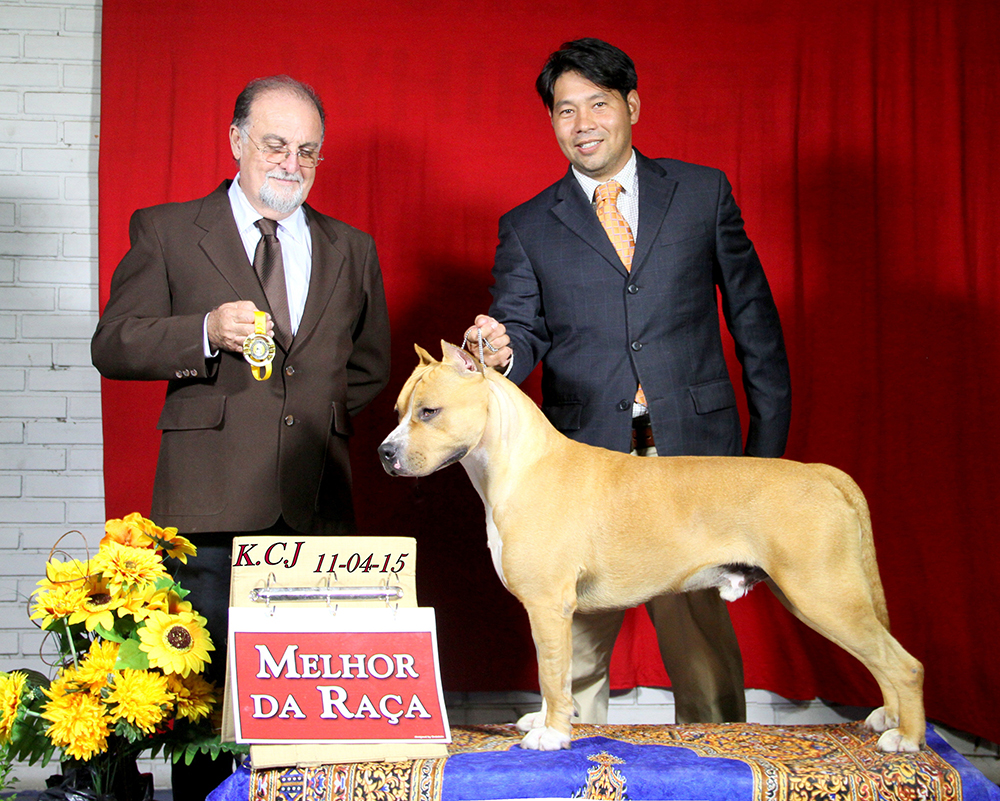 
Rainbow Fire Nouvelle Vendome, start his Young Champion winning Best of Breed under the judgment of a breeder/judge Mr. Gutenberg Soares in the Kennel Club of Joinville. 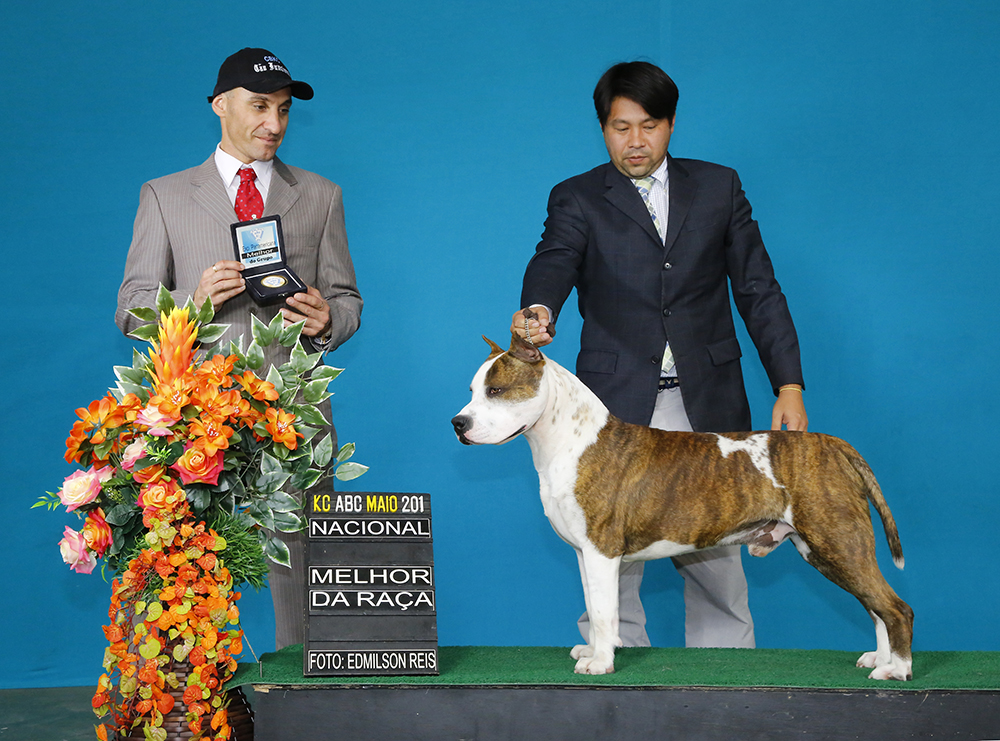 To correctly give the origin and history of the American Staffordshire Terrier, it is necessary to comment briefly on two other dogs, namely the Bulldog and the terrier.

Until the early part of the 19th century; the Bulldog was bred with great care in England for the purpose of baiting bulls. The Bulldog of that day was vastly different from our present-day "sourmug."


Pictures from as late as 1870 represent the Bulldog as agile and as standing straight on his legs-his front legs in particular. In some cases he was even possessed of a muzzle, and long rat tails were not uncommon. The Bulldog of that day, with the exception of the head, looked more like the present-day American Staffordshire Terrier than like the present-day Bulldog.